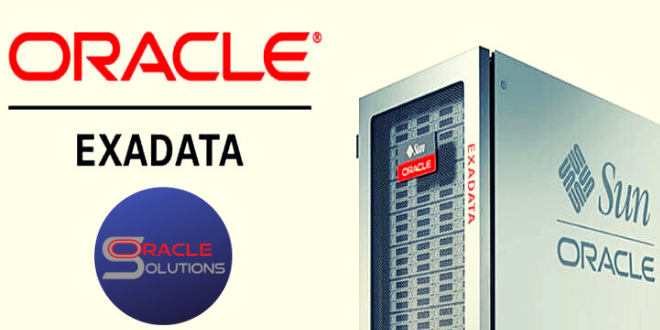 We’ll get into the details in a second, but let’s first look at some workloads running on Exadata X9M:

Firstly, high-performance online transaction processing and modern workloads such as IoT, Financial Trading, and eCommerce. For this, the world’s fastest OLTP Database machine just got even faster (and not by a little!). Using sophisticated software introduced with Exadata X8M and persistent memory, we saw IOs per second reach 16 million in a single rack. Now, Exadata X9M boasts 27.6 million 8k read IOs per second, a 70% increase! Latency remains at a blistering 19 microseconds for Exadata X9M. As with all Exadata performance metrics, these are real-world, end-to-end database workload numbers, not low-level IO tools using small-sized test workloads typically used by storage vendors.

There is something for the analytics workloads too. Scan throughput (the bandwidth allowing bulk amounts of data to be processed in Exadata Storage Servers) in Exadata X9M tops the 1TB (Terabyte) per second mark in a single rack, up from 560 GB (Gigabytes) per second on Exadata X8M. An 87% increase generation over a generation! The fastest analytics database machine – now even faster.

Consolidation on Exadata becomes even more enticing with Exadata X9M. An increase in drive capacity per storage server, and increased CPU cores and memory footprint in the database servers, means you can now run more Oracle database workloads on the Exadata platform. (Did you know that Exadata allows over 4000 pluggable databases per container database? That’s a lot of room for consolidation.) Higher consolidation densities mean achieving more with less. Support more users with less infrastructure spending. Combined with lower management overheads, your savings in CAPEX and OPEX begin to multiply. More databases, in fewer floor tiles.

How are these incredible numbers achieved, and how can we satisfy the most dense workloads, you ask? It’s through Exadata’s unique software and hardware combined architecture, which pushes computing power from the database servers to the smart storage servers. As new technologies like persistent memory are engineered into the caching hierarchy alongside existing NVMe flash cache, Exadata can make the most out of the increases in PCIe and memory bus performance. And, by utilizing local hardware performance of the storage servers, and only sending relevant blocks back to the database server, it means that as storage capacity increases, so too does storage performance. Also, with Exadata, Maximum Availability Architecture is a core tenet, which means redundancy is built-in, not an afterthought.

Let’s have a look at the hardware for Exadata X9M.

Exadata X9M two-socket Database Servers use the latest 3rd Generation Intel® Xeon® Scalable Processors. Intel® Xeon® Platinum 8358 Processor, a thirty-two core processor, delivers an increase in cores of 33% over the Exadata X8M generation. Memory size in Exadata X9M-2 has increased in step with the increased CPU core density, allowing customers to maintain memory to core ratios with options of 512 GB, 1 TB, and 2 TB per server. In addition, the memory bandwidth increases by 64%, greatly accelerating memory bandwidth-sensitive operations. To help you get up and running quicker, these memory options are available at ordering time, removing the need to add the memory at installation time. Local storage on the database server has received a performance overhaul, swapping out the 4x 1.2 TB 10K-RPM hard disk drives with 2x 3.84 TB NVMe SSD drives (expandable to 4x 3.84 TB drives), allowing for faster software updates and backups. Exadata X9M sees the inclusion of PCIe4.0, which provides a significant boost to RDMA over Converged Ethernet (RoCE) networking. Speaking of client networking, additional flexibility has been incorporated into the default configuration; you can now order Oracle Exadata X9M-2 Database Servers with up to three network interface cards.

Exadata X9M-2 High Capacity Storage Servers adopt the latest sixteen-core 3rd Generation Intel® Xeon® Scalable Processors. Memory gets an upgrade in the storage tier to 256GB, up from 192GB in the X8M. Similar to the Database Server, the memory bandwidth increases 64%. The increased memory bandwidth helps the shared persistent memory caching tier, which moves to the next generation, Intel® Optane™ Persistent Memory Series 200. PCIe4.0 in Exadata X9M boosts the Flash card performance, which also moves to the next generation, the F640v3, capacity is maintained at 6.4 TB. The RoCE Network Fabric receives an increase in performance with PCIe4.0, in step with the database server. Finally, the twelve hard disk drives increase in capacity to 18TB, up 28% from X8M.

Exadata X9M allows users to limit the number of active cores in the database servers, reducing required database software licenses. At installation time, a minimum of 14 Database Server cores must be enabled on the X9M-2 servers. Oracle Exadata Deployment Assistant (OEDA) is used during installation to implement this reduction. You are then able to increase the active core count when required over time. This feature, called Capacity On Demand, has been available since Exadata X4-2 generation. The minimum number of active cores required has been constant through Exadata X5, X6, X7, X8, X8M, and now X9M.

As we announced in May this year, the Exadata System Software Release 21.2 brings further innovations to the performance and manageability of your Exadata fleet. Exadata 21.2 builds on all the innovations delivered in Exadata 20.1. New features include:

You can read details on these updates in our announcement here and in the Exadata Database Machine System Overview. Some hardware-specific updates that weren’t mentioned, but included in 21.2 include:

As a certified and experienced Oracle Database Administrator with Almost 12 Years of Experience I am able to perform all levels of database maintenance and am fully qualified to do Oracle updates as well. Capitalizing on my interest in Business & IT both, I chose to navigate my career towards Enterprise Solutions, which has enabled me to excel in the combination of both. I have developed exceptional analytical skills that allow me to diagnose and take care of issues immediately. Extremely skilled in planning and execution of special projects in time- critical environments. Extensive knowledge in directing, coordinating and exercising concern authority for planning, organization, control and successful completions. Very skilled at solving customer relations issues by seeking first to understand and then to be understood. Effectively able to communicate with customers, vendors and management.
Previous Persistent Memory in Exadata X8M
Next Oracle Database Appliance X8 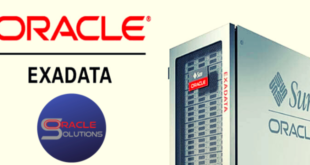 Powered by OracleSolutions | Designed by
© Copyright 2022, https://oraclesolutions.pk All Rights Reserved